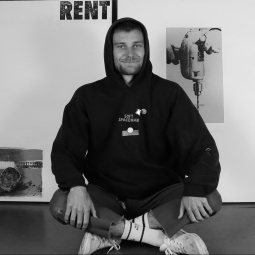 ‘I see the band as an extension of what I do with visual art,’ Jacob tells me as we move to his garage, where he’s got a makeshift screen-printing studio set up. ‘Writing lyrics is a more direct version of what I’m trying to say with pictures.’ 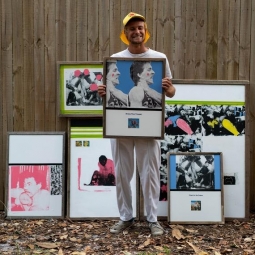 Frontman of Byron based band Mini Skirt for which his honest and upfront lyrics have earned him praise among peers and outsiders alike, a talented surfer on craft of all shapes and sizes and then to top it off, he happens to be pretty handy with a paintbrush – or a screen…. You know, screen printing 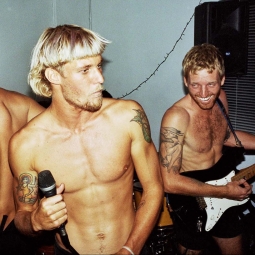 His unmistakably Aussie accent is fierce and his three bandmates are an equally solid force of frantic noise and energy. This is Mini Skirt, the garage punk band who formed in Byron Bay and popped onto the radar about a year ago with their song ‘Dying Majority’.